JUST ANOTHER ESCAPE FROM ARIZONA 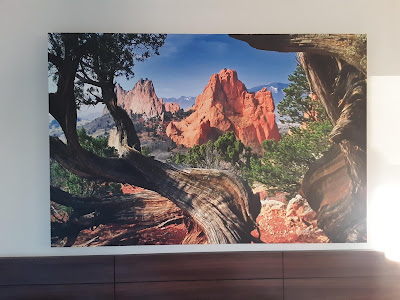 You can get the wrong idea about how Emily and I live from reading this blog. It looks like we spend all our time on road trips, having fun. Sorry to say that it is not the case. We wish it could be, but it just plain ain’t.

We both have day jobs. Writing far-out imaginative fiction doesn’t pay much, unless you get hooked up with a corporate entertainment outfit, then, of course, they want to control everything. Also, writing takes time. Spare time is an alien concept. 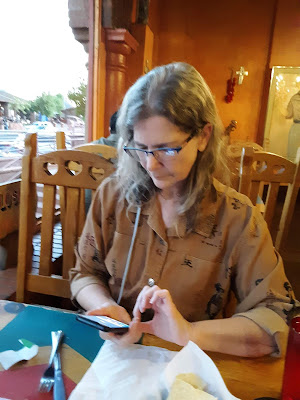 So when the time came for our 30th anniversary, we decide to steal a week to go celebrate with a third honeymoon. We couldn’t actually do it on our anniversary, but then we learned long ago that life is easier if you don’t beat yourself up over silly details.

We had to get out of town, out of this crazy state, but Arizona is a big place. Getting out of it takes a day or so. So we headed for Sedona. 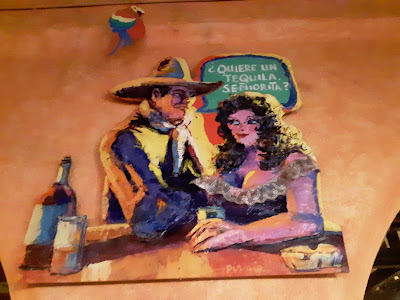 Sedona is so different from Phoenix that it makes for a good weekend getaway that we do often. It is the home of Latin Inspired Cuisine, where brown-skinned citizens and old fashioned Mexican restaurants are recent additions. I used to feel like part of an affirmative action program walking among the Anglo tourists, but times have a-changed. 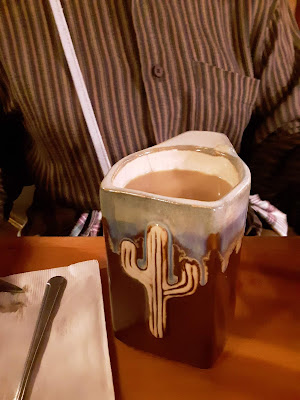 There was a place called Butterfly Burger. Hmm. Proper exploitation of insect protein could solve the planet’s hunger problems. How many butterflies does it take to make one burger? Maybe if could breed caterpillars to grow to cattle-size . . .

One of our favorite restaurants offers cactus tacos. I haven’t tried them. Just can’t make myself order vegetarian when real, carnivorous tacos are available. 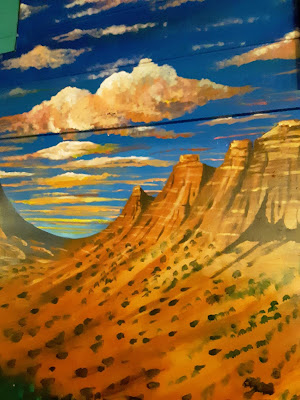 A sign advertised Salt Rooms. What the hell are Salt Rooms? Probably something like the expensive crystals that they claim suck the “negative energy” out of you.

The next day was Indigenous People’s Day, which, according to the Surrealists is the day that the Indians discovered Columbus. I woke to a lot of hypnagogic visions flickering inside my eyelids, inspiring me to grab my phone and work on my novel. Out our window, the sun rose over a jagged, silhouetted mountain, and we could see and hear Oak Creek from the balcony. 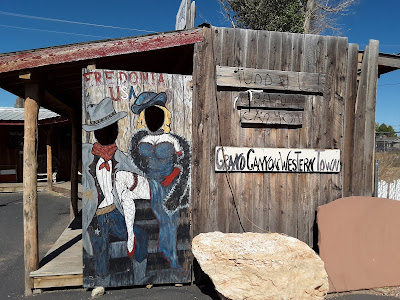 On our way to the Coffee Pot for breakfast, we passed a place that offered Conscious Meals. I imagined them screaming as you bit into them.

Then we left Sedona, go onto the 89A, and in Flagstaff, to our horror, discover that the cool gas station with the metal dinosaurs and other statues was abandoned and fenced off. A lot of our favorite places are being closed down. Whither goest thou, Aztlán? 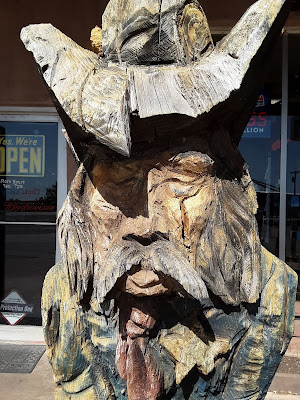 We did a pit stop in Fredonia, with it’s old school, funky tourist junk. I was reminded of Freedonia from the Marx brothers movie Duck Soup. Groucho’s character, President Rufus T. Firefly has a lot in common with Trump. That and a hangover from my morning hypnagogia produced a sci-fi vision. Alien robber barons land, want to convert the entire earth into liquid assets, people cooperate because they think it’ll make them rich, only in the end, they get liquefied, too. 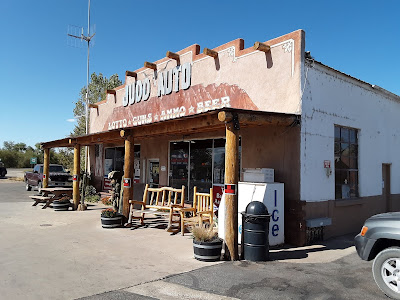 There was a lot of roadkill along the 89A.

Finally, we turned onto Highway 389, where we’ve never been before. Through the Kiabab Paiute reservation, and onward to Utah. 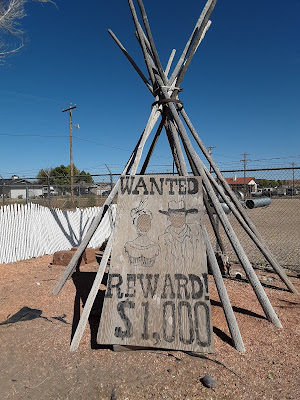