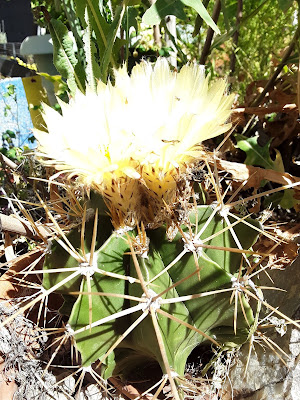 While the cactus were blooming all over Phoenix, Emily and I went to another LepreCon, at the Doubletree, next to the library where I work, across the street from Hooters. 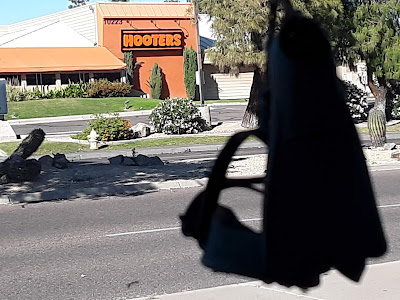 The hotel looked like the set of a sci-fi flick from the Seventies. 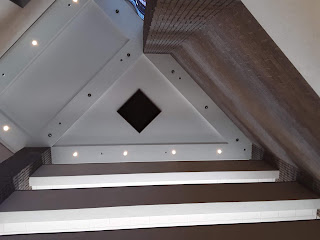 There was a Lyft station our front to remind us what century we were in while I took Kubrickian snapshots. 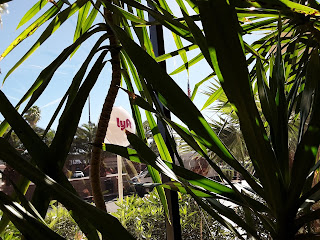 The con was small. A good thing, because so was the hotel. Most of the time you could walk around and not notice that there was convention going on. 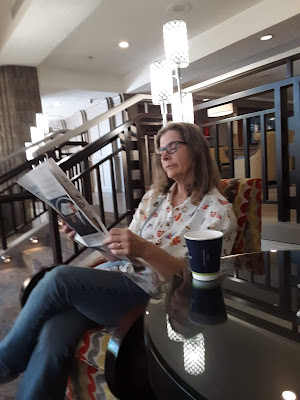 The attendees were mostly older fandom. Our g-generation. 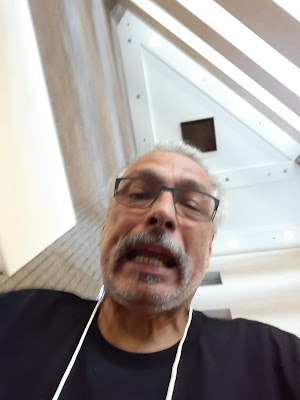 But there were younger folks, too, in costumes that seemed more eclectic than tributes to favorite franchises. One young woman showed off a shield she was making emblazoned with the word “fuckface” that was inspired by her baby, who she pushed around in a stroller. It was a flash of the old days when all this was considered a threat to polite society. 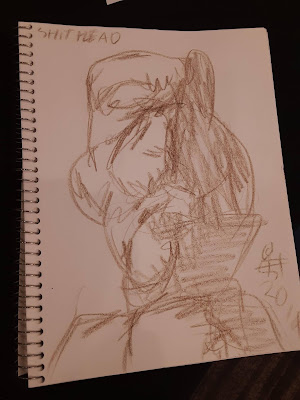 We had to talk about where the whole damn SFF kit and kaboodle is going. We can to the conclusion that it was all getting bigger and more diverse. We’re in for an explosion. 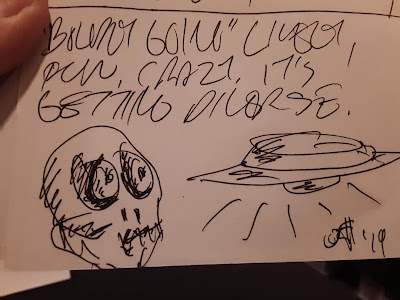 Later I got to talk about what the new classics could be (beats the hell out of me), and  bullshit about creativity. 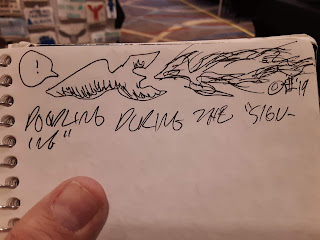 Nobody had anything for me to sign, so I doodled at the signing. Note to writers: Unless you’re super famous and know there’s going to be a long line with stacks for stuff for you sign, bring along something to amuse yourself. 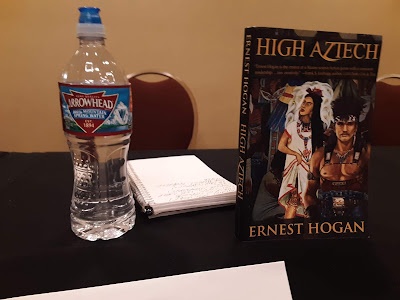 The audiences were small, were actually interested in books and wanted to talk about them. This got me thinking on the last day, Easter Sunday, while most folks were celebrating in honor of everybody’s favorite zombie: Just what is SFF/Fandom all about these days? 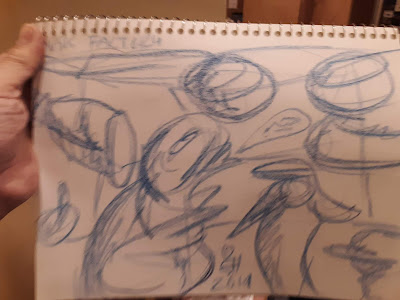 This was not just an excuse to eat at Chino Bandido. 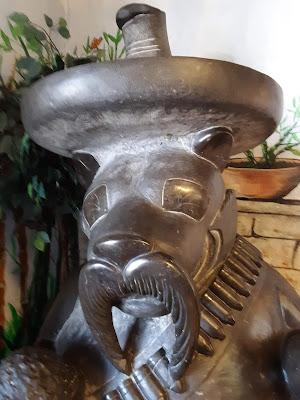 Has it all been totally commandeered by big publishers, and corporate media franchises? Where are the new ideas coming from? Is anything important ever discussed at the newfangled “comic cons.” (Corporate lawyers please note the lower case letters, no hyphen, and quotation marks, no copyright infringement is intended--I’m just trying to say something so that people will understand it, godammit!) 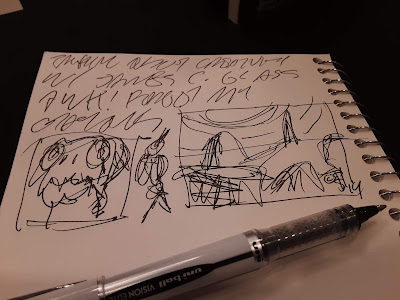 People still find out about new and unusual books, and other interesting cultural phenomena at small, independent conventions, like Leprecon. We need them, but keep your funky subcultures going. 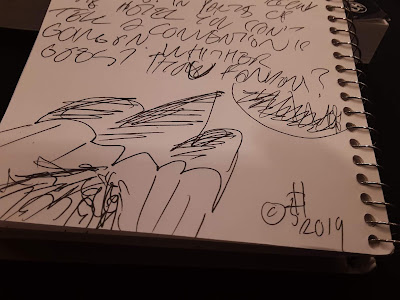 So support your local conventions! 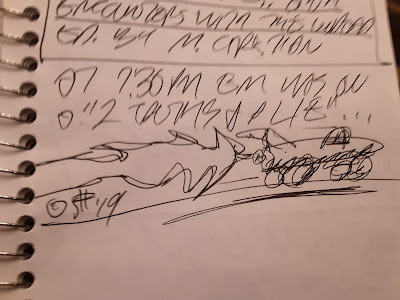