A SUNDAY IN TUCSON 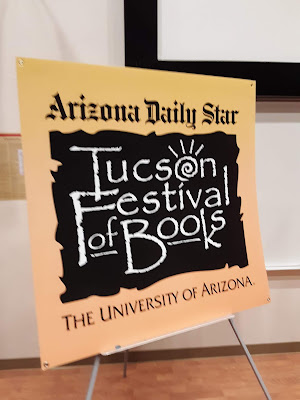 The crescent moon and Venus blazed over the predawn glow as we left Hacienda Hogan for the Tuscon. Soon the sun rose as we made our way down the I-10, sipping coffee with donut fallout all over our clothes. Emily was scheduled to be on two panels, about “Spaaaaaace,” and “Rebellion,” at the Tuscon Festival of Books. And talk about Medusa Uploaded and it's soon to be released sequel Medusa in the Graveyard. 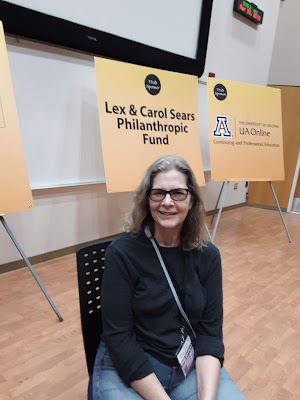 We arrived early at the campus of the University of Arizona (for a guy who hated school, I keep ending up on campuses), as settled in to the Author's Hospitality Lounge in time to hear a distinguished professorial-type refer to the President of the United States of America as “that fuckhead.” 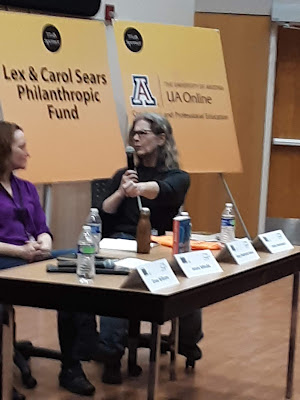 The Student Union Area, a campus in itself, was like mall. I've been having dreams about college/mall hybrid places. Could this be the next step of post-urban evolution now that traditional, twentieth-century mall culture is crashing? The education and entertainment industries do seem to be merging . . . 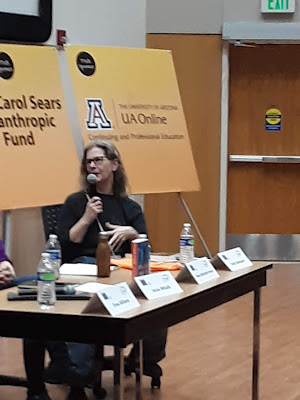 The classroom where Emily's panels took place was at the bottom of an subterranean labyrinth with a lot concrete stairs leading to an underworld left over from another era. 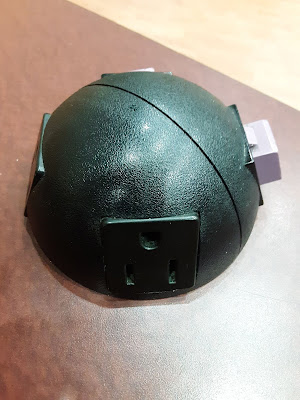 The desks, really a long, bar-like structure, had electric outlet/internet jack fixtures built into it. Students asked questions about philosophy and morality. Another brave new world.

The festival was gigantic. Good to see thousands of people milling around in the sun, looking at displays of all kinds of books. Kinda civilized. 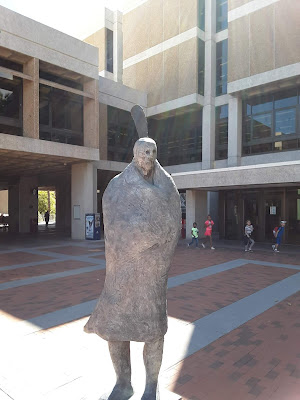 A even found an interesting statue to photograph: “Another Martyr #4” by Fritz Scholder. The ghostly native American figure loomed over the festivities. 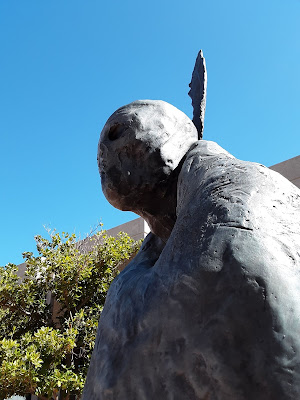 Afterwards, in anticipation of the two hour drive back to Phoenix, we cruised Speedway Blvd. in search of food. Strangely there we saw more Asian joints than Mexican restaurants—one was empty abandoned shell. What's happened to the Old Pueblo? 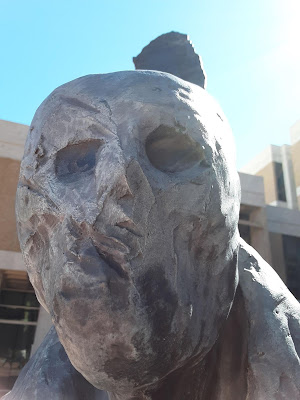 Finally we went to La Parrilla Suiza (“Authentic Mexico City Food! CALL OR STOP BY ANY OF OUR LOCATIONS THROUGHOUT ARIZONA!” according to their website). There were a lot of customers, most of them “Mexican.” And the tacos were good.

Like I've said, when I smell tacos, I know I'm in civilization. 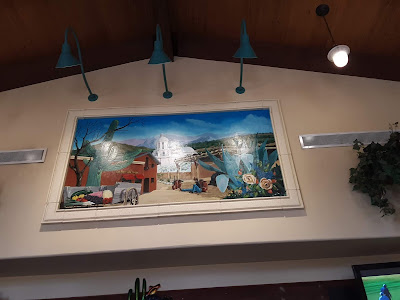