WESTERCON WHERE THE JACKALOPE ROAM 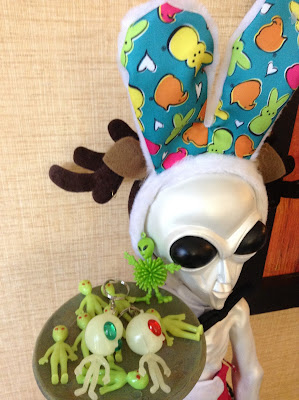 All the way across Phoenix to Tempe, cranes loomed over construction. Also new office and apartment buildings shined across the landscape. The dream of making the Metro Phoenix Area into Silicon Valley colony was going full-steam ahead.

Emily and I were off to WesterCon 70/Conalope/LepreCon 43. We had her upcoming novel, Medusa Uploaded, and some anthologies--Five to the Future, with stories by both of us, plus Latin@Rising, and Altermundos featuring stuff by me--to tell the fans about. It had been a while since we had been to a local con, and I was curious to see how things had evolved. How was old school fandom getting along with new, improved nerd/geek culture?

For one thing, the gentrification extended all the way across the canal to Mill Ave. We had to figure out the Mission Palms Hotel’s high tech parking lot gizmos--hey, techies! We could really use screens for these things that can be read in the Arizona sun! 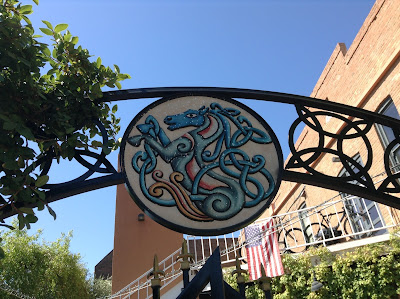 There were more members of graying fandom than young nerds. It was a quieter, smaller version of the conventions of old. Though now and then there would be a serious kid with tattoos and/or blue green hair, taking notes.

People recognized us and told us how they loved our work. At most of the panels I was on, the focus was books, writers, and stories rather than franchises.

Em was on a panel about traditional versus self or indie publishing. I was reminded that things are changing, and--as usual--I wasn't sure where I fit into the equation. And I’m disturbed at how a lot of writers these days are getting locked into a self-inflicted rat race in which they aren’t making money or even having fun. 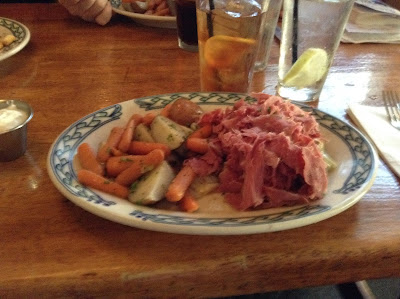 We had dinner a Rúla Búla, an Irish pub/restaurant, right next to the hotel, with our mad scientist friend and his DNA analyst wife. I had the corned beef and cabbage in honor of my Irish heritage. Emily had macaroni and cheese with a side order of sweet potato fries. 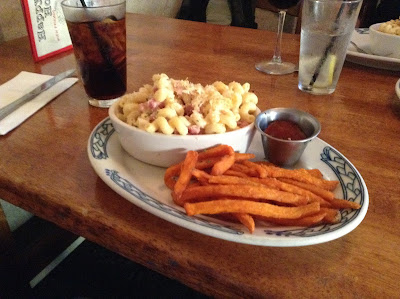 Em had to work Monday, so I took the light rail from the Heard Museum to the con. Phoenix looks different from inside the train--more like an airless, sun-blasted futuristic metropolis than a wide-open sprawl. I had a blurred view through the sun-screened windows of a lot of sparkling, new buildings. The riders were mostly young, “multicultural” and tickling electronic gadgets. The air-conditioning strained all the way. 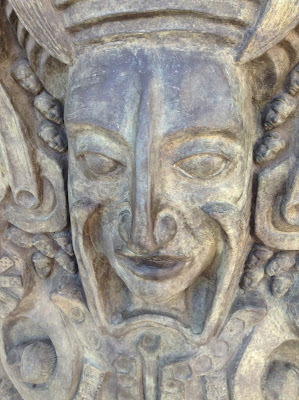 The future has arrived in Phoenix. The shock will follow. Soon. 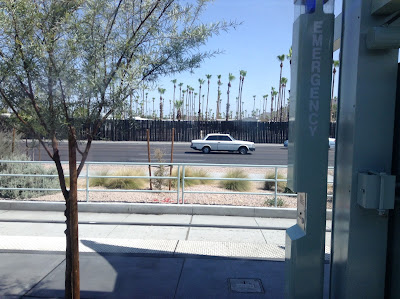 At the con,the heat made the courtyard unlivable. I stood indoors. 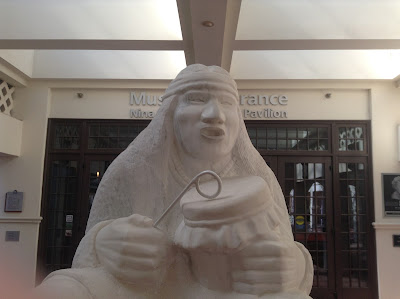 Back at the Heard, I checked out the Museum Shop, where I saw things that were more amazing than anything in the convention art show. Fantasy artists, open your eyes. Especially in Arizona. 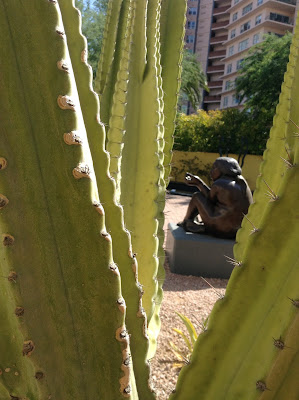 The science panels were well attended. A lot of these fans are working on space technology.We got to make paper stabilizing rockets, and saw a PowerPoint presentation on interstellar propulsion from a guy who works for a local tech business. Just what kind of gentrification are we in for?

I was on panels with writers like Connie Willis, Linda Addison, Weston Osche, Yvonne Navarro, Gini Koch, J.L. Doty, and we finally got to meet Cynthia Ward. Got to talk about humor, diversity, and the Southwest/Aztlán as a location for fantastic fiction. The people in the audience seemed to give a damn. Can’t ask for much more than that. 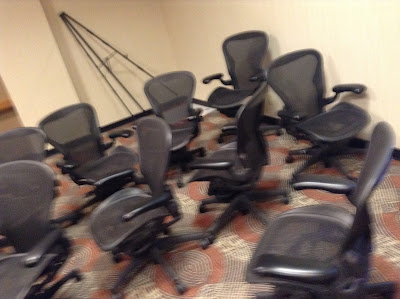 I felt good as we ate again with the mad scientist and his wife, this time at Med Fresh Grill, where the waiter could actually rock the man-bun look. The police had blocked off Mill Ave. Crowds were filling the streets. It was the Fourth of July. Block party time. 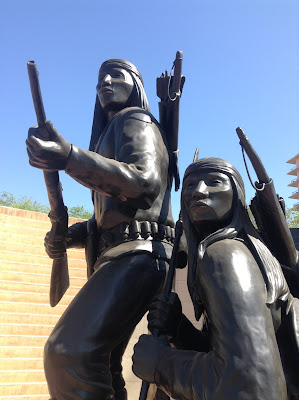 We saw a lot of fireworks over Phoenix on the drive home, to the west side, across the railroad tracks, where the gentry still fear to tread. It smelled and sounded like a war zone, except for the music. A neighbor kept playing “Stars and Stripes Forever” over and over. It would have been an ideal night for the UFOs to sneak in. 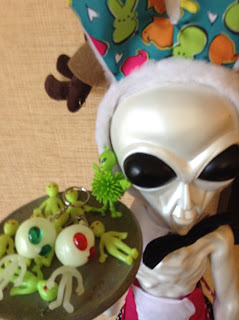