A WEEKEND GETAWAY FOR THE HELL OF IT 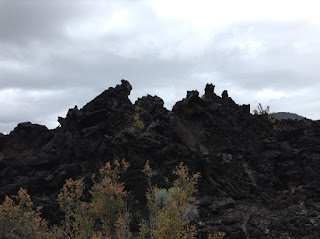 It was a dark and stormy night. Really. And the sky turned white in the middle of the night, just like in Captain Beefheart's “The Floppy Boot Stomp.” Emily and I had booked this getaway a while back, and it came just as the presidential race was getting tight and scary. Outrageous weather was a relief. 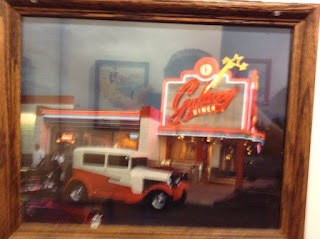 The next morning, there were problems with my Chicanonautica post getting up on La Bloga. Or maybe it was just me tripping on Google's security protocols. One way or another, it went up just before we left the motel, into the rain, for a rock 'n' roll breakfast at the Galaxy Diner. 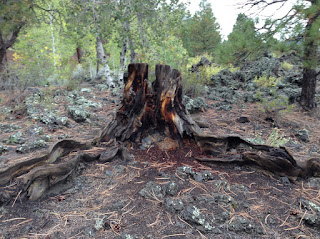 Outside Flagstaff, there was a hand-painted sign: TRUMP! SAVE THE U.S.A. 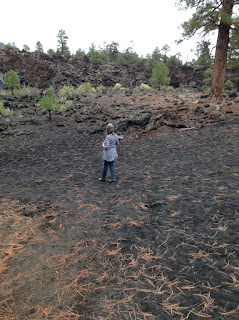 We took a walk through the lava around Sunset Crater, enjoying the eerie beauty. 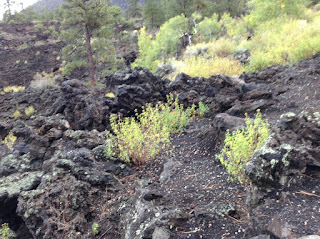 Stopped by Walnut Canyon, walked a trail we've never been down before, with more Sinagua ruins. 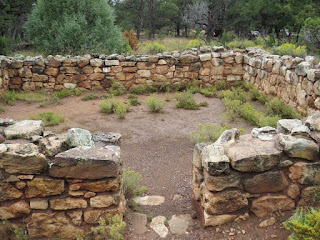 Strolled through downtown Flagstaff and got red mud on El Troque's tires. Had an early dinner at Dara Thai. 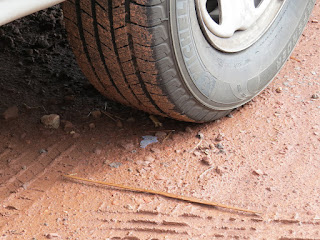 The next day, steam rose from piles of logs at the side of the road. There ware patches of snow, too. Em told me that there was snow on El Troque in the morning. 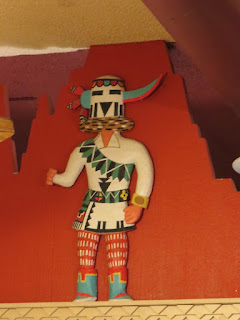 While waiting to be seated for breakfast at the Coffee Pot in Sedona, I saw a young guy in an NRA T-shirt, and an old man with scabs around one eye. 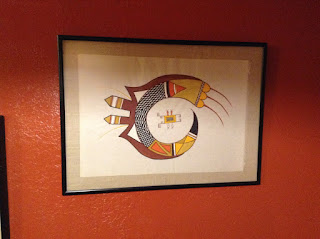 I took pictures of some Kandinskyoid Indian art – one that was signed with glyph-like symbols, the word HOPI, and the copyright sign. And the men's room had gone 21st century with waterless urinals and air blade hand dryers. 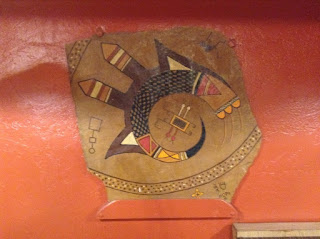 After some aimless driving through the spectacular Oak Creek Canyon, we hiked for about an hour in Red Rock State Park. Red mud on our shoes makes us happy. 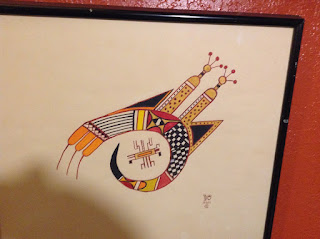 Then we took the 89A to Cottonwood – which is colorful, and hippie-dippy, and worthy of further investigation – and stopped at Adventures Unlimited Books, where I bought The Lost Tribe of Coney Island by Claire Prentice. 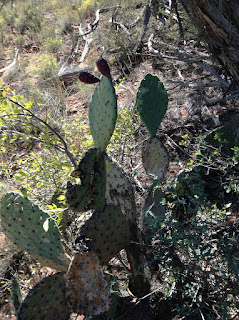 There were political signs in Jerome: WE LOVE BERNIE, BUT WILL VOTE FOR HILLARY and WE SUPPORT HILLARY, so big it went all the way across the front of a house. 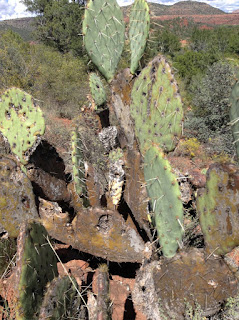 In Prescott, where Trump would be holding a massive rally soon, we ate tacos and carnitas at El Charro, on Montezuma Street, while the the music of Johnny Cash and Willie Nelson played overhead. 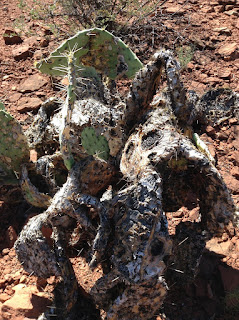 We left into a downpour. There were scattered downpours all the way home.

In memory of Søren Heinecke, who enjoyed these little travelogues.
at 12:00 AM