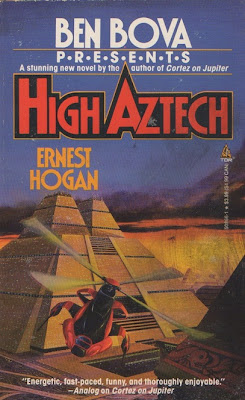 The original Tor cover for High Aztech was good, but I also considered it a little bland. The colorful razzle-dazzle of my Aztecan future was muted into the the sort of military-industrial sci-fi that's supposed to be do damn commercial. Folks expecting nerd lit were confused. Seekers of postcolonial gonzo splendor had no way of knowing. 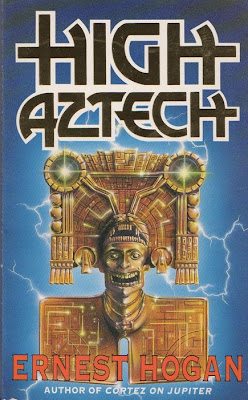 The Mandarin cover was better, though the gold breast plate is actually Mixtec, not Aztec, but most folks probably can't tell the difference.

I was tempted to do the cover for the ebook myself, but wasn't sure what to do – then I saw Dell Harris' painting Scorpio. 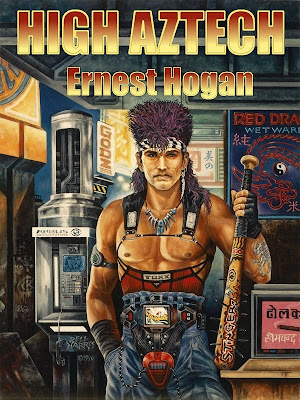 It's like a scene form High Aztech come to life. I couldn't think of another image as the cover. So I bought the rights from Dell.

I must admit, it's better than anything I could have done.

And from the copyright notice, it was painted in 1990 – when I was working on High Aztech. Dell and I must have been thinking along the same lines.

Dell and I also go way back together. We both broke into science fiction in the March, 1982 issue of Amazing Stories thanks to editor Elinor Mavor, who had the courage to buy my outrageous story and the vision have Dell illustrate it. Dell, Elinor, and I were pioneers of Afrofuturism. 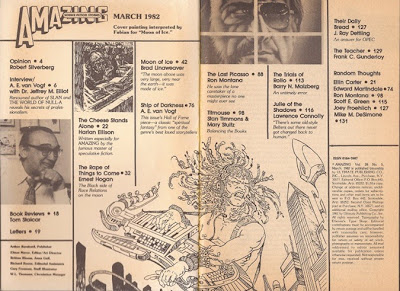 That table of contents not only includes my first published short story and a detail of Dell's illustration, but Harlan Ellison, A.E. Van Vogt, and Barry N. Malzberg. 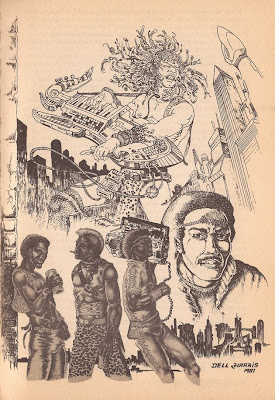 The Rape of Things to Come is probably too much for today's tender sensibilities and politically-correct doctrines – and it did offend people at the time.

"This is Wild!" This wasn't like the science fiction I grew up reading. This had a different vibe to it that was refreshing. I totally enjoyed trying to translate the characters from Ernest's text, hoping that I captured its raw tone. I couldn't have asked for a better baptism into the world of science fiction illustration.

Looking back, I stand by it – what I was doing was groping for Afrofuturism and postcolonialism, and punching back at the alarms and defense mechanisms that go off whenever I set foot in territories that some some fools still in 2013 think are the domain of white people.

That has been a major theme in my work – and life. In the next few months, stories of mine will be in Mothership: Tales from Afrofuturism and Beyond, We See a Different Frontier, and one featuring a Chicano superhero in Super Stories of Heroes and Villains.

The struggle goes on. 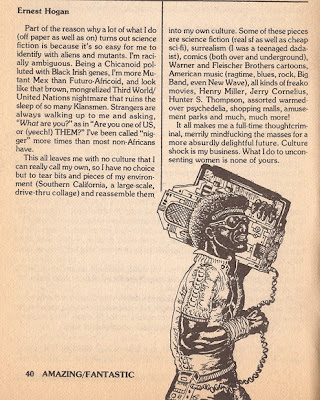