SCENES FROM A LEPRECON 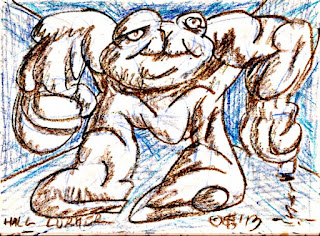 LepreCon was way out on the far end of the freeway in Mesa. It attracted a small but enthusiastic crowd.

Sometimes at the panels it was mostly the audience talking. In one case, a guy in a tie-dyed Smurf T-shirt who claimed to have run five miles delivered a frenzied info dump on Transhumanism and his days working for the cryonics firm, Alcor.

Steampunk is still all the rage for the costume crowd. There were no corporate trademark infringements. Also, some folks still like to dress like pirates. 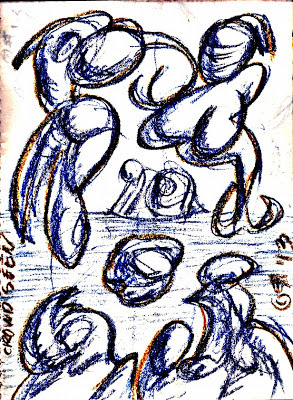 I signed some autographs – it's good to see that people actually buy and read the magazines and anthologies that publish my stories, and are interested in my novels.

I got to talk to some old friends, and writers. As it has been in recent years, I seemed to be talking to more writers than readers. Hey, readers! Are you out there?

Fandom is mostly interested in media and games these days. There weren't many books in the dealer's room. 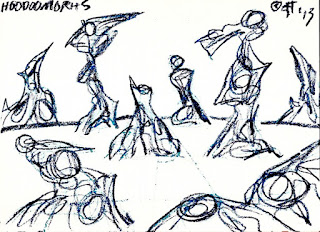 Things are changing. I have no idea what it will be like in five years.

Right now, I'm struggling with self-publishing and enjoying the weird rumblings of decolonialism, Afrofuturism, and other phenomena that the “real” publishing world hasn't discovered. If we're lucky, we'll have a revolution on our hands soon.

Meanwhile, I had time to hang out in quiet halls, drawing freeform pictures . . .
at 8:42 AM