THE DAY I WAS A POLITICAL PROP 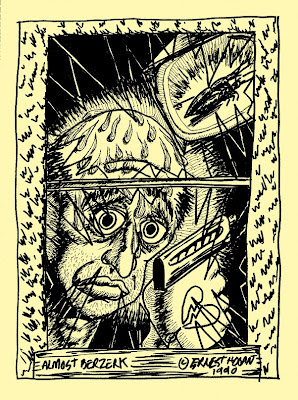 Back in the now mythic Nineteen-Seventies, after the Watergate scandal broke and they brought the troops back from Vietnam, America was in a peculiar kind of turmoil, and I was attending Mt. San Antonio College where the L.A. smog pools up against the San Gabriel Mountains. To quote one of my teachers: “I keep expecting to see people wearing crossed ammunition belts.” Still, they kept trying to get us involved with the community . . . and politics.

A history teacher recommended that we go to hear a political candidate at the Free Speech Area. I wasn't doing anything that afternoon, and had never been to a political event before, so I hung around, cruising for a place where I could quietly sneak off if it got boring.

The Candidate was a white man who glowed in the SoCal afternoon sun. He looked at me and leered like hungry predator. He zoomed over, grabbed my hand, and said, “Hello! Glad to meet you!”

Like a gang boss signaling his goons, he communicated with his People. Suddenly, I was surrounded. They grabbed me like I was a potted-plant, took me over, and smacked me down behind and a little to the right of the Candidate.

Guess they thought my Jimi Hendrix/Abbie Hoffman hair and golden brown skin would help sell the Candidate to the students.

This was all without a word to me. They didn't ask if I wanted to be there. I kept thinking that this would make an escape difficult. 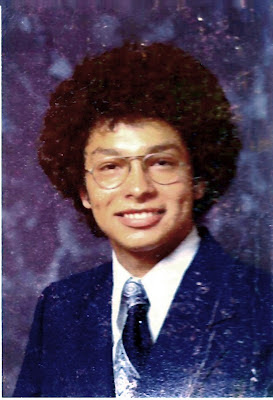 The Candidate had brought his teenaged son and daughter. They were more clean-cut looking than your average Mt. SAC student in those days. They were passing out flyers for a Christian Rock Concert.

“You really ought to come,” she said.

“It's really great music,” he said.

This was in the early days of the genre. Most Christian Rock back then was made by Jesus Freaks – ex-hippies who found Jesus, as one explained to me:

“I was up in the mountains dropping acid when Jesus himself came down from the sky and ended my acid trip, and told me to go forth and devote my music to spreading his message.”

His songs were mostly popular tunes that he had reworded so that Jesus replaces the intended object of affection, like, “Jesus loves you – yeah, yeah, yeah!”

Most of their flyers ended up on the ground. 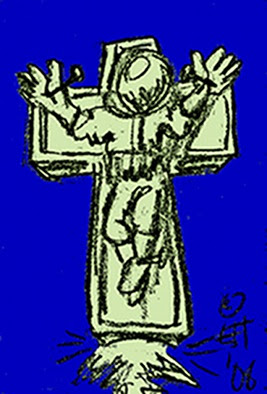 Then the Candidate started speaking. He was an early Christian conservative.

Most of the students were tangled up in the post-hippie/pre-punk counterculture of the times. They liked long hair, sex, drugs, and rock 'n' roll that blasted the joys of that lifestyle. A lot of them didn't believe that there was going to be future, and acted accordingly.

The Candidate said that even though he was a conservative, he was willing to reach out to and represent them.

He didn't mention minorities, but then I was standing there making it look like he was popular in the local barrios and ghettos.

A few weeks earlier, from the same microphone, a young woman had warned: “Like, ya watch out, cuz, there's a lotta people around, like, you don't know them, and, like, they're gonna wanna smoke it with ya, but, y'know, they're narcs!”

If he wanted to win over this crowd, he should have said that he was willing to work his ass off to legalize marijuana. That would have chanted his name and carried him around campus on their shoulders.

Then, to show how honest he was, the Candidate said that he was against abortion.

And a predictable argument started. 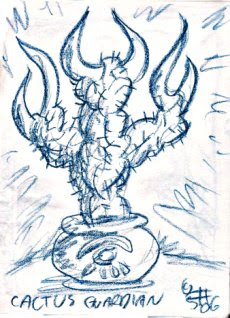 I had seen enough. I wanted out of there. Unfortunately, I was standing right behind the Candidate.

I had also been treated like prop in this lame attempt at political drama. Somehow I didn't feel obliged to be polite. So I mimed a big, theatrical yawn, and walked away.

Later, the history teacher frowned with disapproval as he told me, “I saw your 'commentary' at the event!”

Since then, I've watched the people standing behind candidates when politicians speak. Most stand there looking like they are receiving a great honor. Others look bored. Others – the reluctant, rebellious ones commit acts of defiance like mine: funny faces, eye-scratching, nose-picking, and – the champ, in my opinion – a black man who juggled a Lifesaver on his tongue.

So, if a politician has his (or her) people grab you and put you into the dehumanizing role of a political prop, do something silly. These days it'll end up on YouTube – heh-heh!

And if they can't, well, we need to take that into consideration when we vote. 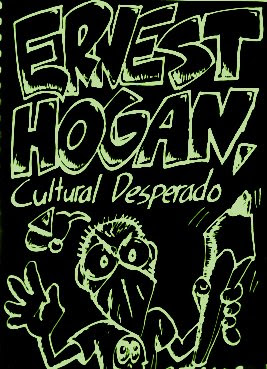