ASTOUNDING VISIONS THROUGH A BUG-SPATTERED WINDSHIELD 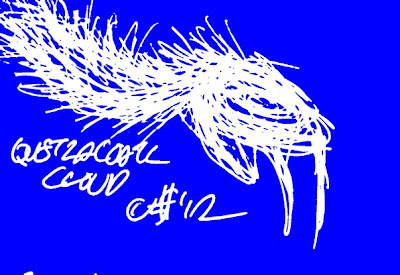 The palo brea blossoms were losing their day-glow intensity and settling to the ground like yellow snow drifts. Spring was feeling like summer, as it does in Phoenix. Em and I just had to get out, go north, observe wonders through a bug-spattered windshield, and enjoy air that was cooler than body temperature while we could.

Besides, we missed the Wupatki National Monument during our recent road trips, and I'd been feeling the need to check out the ball court. I've had this idea for a fantasy novel about the ancient ball game, gnawing away at the back of my psyche.


The gods must have approved. A Quetzalcoatl-shaped cloud appeared over I-17, as if to point the way. Soon were in volcano country, with the San Francisco Peaks looming.

Volcanoes. They should figure in the novel . . . 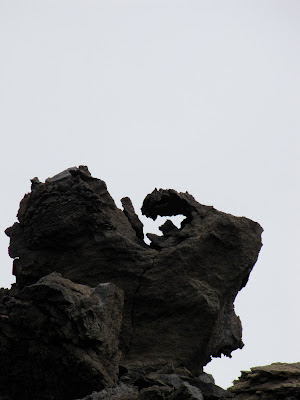 Soon we were stomping the lava fields around Sunset Crater. I love the sound of lava crunching under my boots. The shapes of twisted black shards looked like Max Ernst monsters. It was like exploring the Moon with Commando Cody, with Retik the Ruler and his Moonmen ready to melt the landscape with their heat rays. The black sand was sprinkled with yellow and red wild flowers – a preview of Martian terraforming.

I was seeing Wupatki with new eyes because of all the ideas for the ball game novel. The artistry of the rocks used as bricks to make a complex of buildings on rugged hills and incredible rocks impressed me more than ever – I would like to walk through there with an architect sometime.

Walking the ball court inspired me. I got the feel of the space, and overlayed what I'd seen of the game on videos. There was a sign with a map saying that ball courts were actually more common in southern Arizona, most of them in what is now the Metro Phoenix Area, along the Hohokam canal system around the Gila River, a long way from tropical rubber tree country. 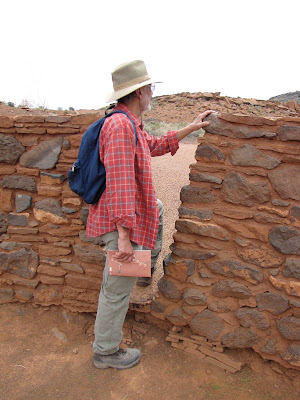 Looks like I have a lot of research to do, but that's okay, I still have that bullfighting novel nagging at me. And those unfinished short stories.

Not far from the ball court was the blow hole – literally a hole blowing cool air from cavern created by a earthcrack. If there are earthcracks, then why not timecracks? And since space and time are connected . . .

There I go again.

But I wasn't the only one who was inspired. Big, fat lizards were everywhere – males flashing their psychedelic mating colors. Springtime, regeneration time, as traditions give birth to the future. 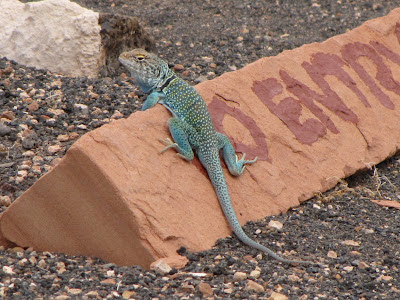 All day we saw gigantic ravens. Two of them welcomed us to the Citadel Pueblo Ruins. We must remember that we are like vampires at archaeological sites – we have to be invited to enter.

At one point, when we were in an ancient room overlooking a canyon, Em said, “I want to live here.” How I love her!

We returned to the Galaxy Diner, in Flagstaff, Route 66, to bask in its Retro/Futuro/Fifties-Rock&Roll/Hot Rod/Time Travel splendor. The clock there has no hands. Maybe a scene from my ball game novel should take place there? A weary spacetime traveler ordering Mom's Meatloaf Melt . . .

Later, in Oak Creek Canyon, we met a tiny frog who lived in dry river bed next to the ruins of a bridge that was destroyed back in the 20th century. In Sedona, we bought frozen mochas in the place behind the statue of the mountain man wizard. Then we headed home as the setting sun painted the red rocks.

There were a lot of bugs splattered all over our windshield, but the landscapes were fantastic and beautiful. 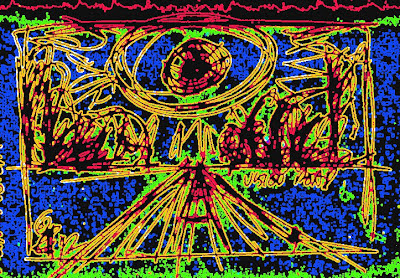