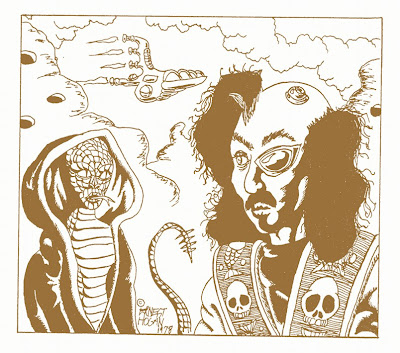 All you have to do is click on the link here on Mondo Ernesto, and you can read “Guerrilla Mural of a Siren's Song” for free. Why should you bother shelling out hard-earned cash for Alien Contact?

I've been pondering this conundrum. Marty Halpern asked me to review the ebook version when I told him I had successfully loaded it into my trusty iPod touch. At first I wasn't sure if it would be considered kosher, but then I realized that most of this book was written by other people, and if I come clean and admit that this is promotion rather than an attempt at “objective” criticism (can a critic ever really be objective?) it should okay, especially if I make it entertaining.

So here I am in my straw hat and striped jacket, waving around a bamboo cane in front of the gaudy, hand-painted facade of this sideshow. Come one, come all! We've got it right here! Some of the best science fiction of the last thirty years, in a convenient package that you can have in both paperback or Kindle formats!

Following Marty's suggestion, I read the e-version, and it turns out to be a great way to read an anthology. I carried it around in my pocket and read it on the run, having some blowmind lunch breaks, making some crazy days better then they might have been.

In his introduction, Marty gives a nod to the Bug-Eyed Monsters of pulp science fiction, and to sci-fi movies. The original Invaders from Mars, and Alien were an influence on him, as they were with me. But Alien Contact isn't all just invasions, space wars, and extraterrestrial menace – though there's plenty of that, too. We get a diverse spread of variations on this theme that cause the mind to reel. We get aliens in many forms and settings, interacting with a variety of humans.

It makes me realize that that when you have humans contacting aliens, the humans are forced to define themselves. 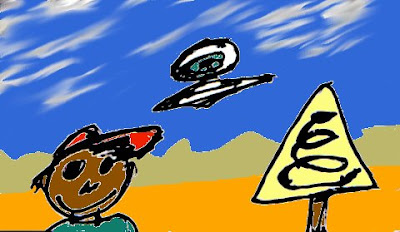 “The Aliens Who Knew, I Mean, Everything” in which George Alec Effinger (look him up if you haven't heard of him) has fun with the idea of “higher” intelligence.

“Kin” Bruce McAllister's gloomy, but brilliant take on how humans may be treated by a “superior” species.

“Sunday Night Yams at Minnie and Earls'” is the kind of story I always hoped for when reading science fiction – Adam-Troy Castro turns conventional ideas about space travel and aliens inside out, and reminds us that when looking at the unknown, we should expect the unexpected.

“Exo-Skeleton Town” is an extremely original tale in which Jeffery Ford performs daring feats of the imagination on how humans interact with aliens, but also how technology will change the way we interact with each other; it refers to old movies.

“Lambing Season” has Molly Gloss' New-Mexico-sheepherding-heroine's skill with living among other species come in handy when she meets an extraterrestrial.

And if any or all of these stories cause you to lust for more about where they came from, there's a lot of background information available, online at More Red Ink and SF Signal.

I agree with Keith Brooke in his review in The Guardian that Alien Contact is “an excellent snapshot of modern SF.” It would be a great gift idea for those just starting out with the genre, and for those of us who remember a lot of the stories from when they first appeared in magazines.

You're probably going to want to read it yourself, too. 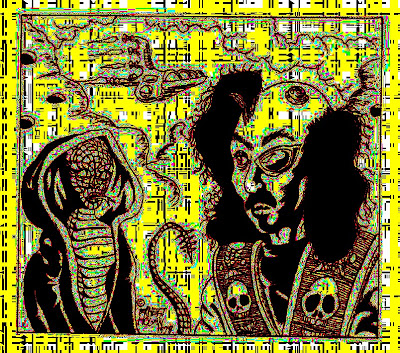